Hello guys, i'm currently waiting for someone plays with in the savannah all day, if there is anyone wants to play, pls just join savannah server. i think i'll wait at least two months even though none's here.  NOT the app, it's the link: lif.raven-woods.de

btw i have a question, that's if i play in oline servers, can u get any money, developer? if u can, then i'll try to stay in online all day, anytime i can.

The http:// before the actual link is of dire importance. Websocket seems to dislike https:// which is usually automatically added.

Also, nope.. not a single cent :'D though it'd be nice to see some more players in there

oh....ok, it's not quite what i thought. thank you

hi! the online servers seems to be offline, will they return or are they completly disabled?

That's where the newer version is at.

hello, i noticed this link does'nt work or anything else. when i join a online server, it says failed to execute send on websocket and suspended. i want to know that was it only happen to me? and how to fix that. btw i can't play even offline, i died in a few seconds. can you help me pls?

Yeah, server went absolutely offline *again* .. forced updates and stuff.
Thought I got it fixed but nooo.. gotta love Microsoft for constantly applying what they perceive to be important stuff.

thank you for reply. that is so bad:( so can we connect the server again? or will it take long time to fix? i'll wait though

All it takes is a reboot and that's what I did. Sorry for the inconvenience :)

the server has no one, does anyone still play?

yes I still do

Hi , guy . I am a chinese player . This game is my all childhood , I make many friends from the game , include my girlfriend ....Now , we are all adults , and I am also a amateurish computer programer . I really want the game back to china ,and paly with my used friends . If could , I will hold a chinese server for it, could you help me ? I can pay you money .My e-mail is 1138745158@qq.com . Thank you very much .

First off, we ain't allowed to give away the server's license file. You'd be able to host about 20 players top
Secondly, we don't do that on general principle.
Thirdly, and that's the important part; if you want to donate, you can do so without asking for our server files xD

hey, thanks for playing. but please make the mobs tired. if I play in a single player game, then they will definitely take a crowd after me and I will die. :(

Seems the server was offline for a bit (updates and stuff)

Should be back online.

I hope some day this game will have as many people playing it as it used to have : (

Same here.. It's easy to find, but requires people who look for it ^^°

OMG i just remembered this game again today, i mised it so much, how bad no one plays anymore, it was so fun before...

I would love to play the game again' But unfortunately there's actually no one to play with… I remember these times when rooms were full and you had to wait till someone gets killed! Wow what a great time!

I want to, but I think there are few people playing

if there is someone that wants to play, let me know. we could play

I just gotta say, I had about 140 hours into this game before it ended and I loved every minute of it. Even with Broken Jaw's pack killing everyone that logged on XD I started a Lif Community on an app called Amino in the hopes of keeping this game alive. So please, if youre interested in finding others that share an interest in this game and want it to be easier to log onto the server when others are on so you are not alone, I encourage you to join. I just started it, but I'm determined to help. Everyone is welcome. Thanks.

I shall put the link in our discord :D Thanks for your effort.

Of Course!!! I loved this gam! Its the best! Let me know how I can help!

Depends on your skillset ~ if you're into 2d or 3d art, or mapping, that's where projects often get stuck.

Im not sure what Mapping means, but I do enjoy 2D drawing ect. What does that entail?

Mapping, as in building a landscape out of given assets as trees, bushes, rocks, adding hills, valleys, rivers, ponds, whatever the landscape requires. Usually done with Unity's terrain editor (in lif's case).

As for 2D stuff; very specific side views of animals. Like, head to tail side-view, wings usually top-down when spread, stuff like that :)

I was wondering how  good is the game and the classic one? Is there any viruses or anything cause I’m wanting to play the games since I haven’t in a while but I’m not sure if I should download it

No virus. Why would there be a virus? o.O About the goodness; you will have to judge for yourself :)
I liked it when it was most active, still liking it today.

Is it possible to give some of the older animals the animations that the newer models from Tundra have? While nostalgic, the current animations for the "old" animals in this game (normal Rabbit, Fox, Wolf, Black Bear, etc) are comedic. The new Tundra animal's animations look far better.

For example, give the Caribou's animations to the Deer as well, and any canine/vulpine animals the Arctic Fox's animations. If some of those models can't be given the newer animations for whatever reason or limitation you may have, maybe re-texture and/or edit the newer Tundra models, like give the Tundra rabbit the original rabbit's texture in the forest/heath maps. You wouldn't be able to effectively use the second method for all of them, but at least we'll have some animals looking better..

P.S. If you would like to be the Horse in the desert map, I found a way to bypass the unreachable floating totem bug. Turn into a bird, then fly around the Horse totem until it transforms you.

There's plans to replace the old models - the newer ones have somewhat more detailed animations but there's some missing. Plus, right now Flab3 needs full attention so it'll be a while until lif gets an overhaul. But it's added to the list :)

Yeh.. it's a known bug, but thanks for reporting :)

All the games are dead... It all has to be downloaded Gamevial was just fine whyd they switch ?...

Because Chrome killed Unity Webplayer and HTML5 is too unreliable for multiplayer.

ah, I see... I hope more people come back to these games.

bring back the old controls, like in lif classic

And... bring back the old, transparent and realitic water, like in lif steam

like change the attack and hozzle buttons using the L key

Hmm.. it's far from intuitive, especially for seasoned gamers.
Also tends to be prone to accidents.

I mean controls in lif classic

They don't have it for mac?

Not at this point, I'm afraid. Sorry.

I don't know to be honest. Can't test it - thus if it doesn't support it natively, it likely won't.

We players from China can't all play online. We can only play by ourselves. We thought the game was updating

Well, it's just that there are too few people to play 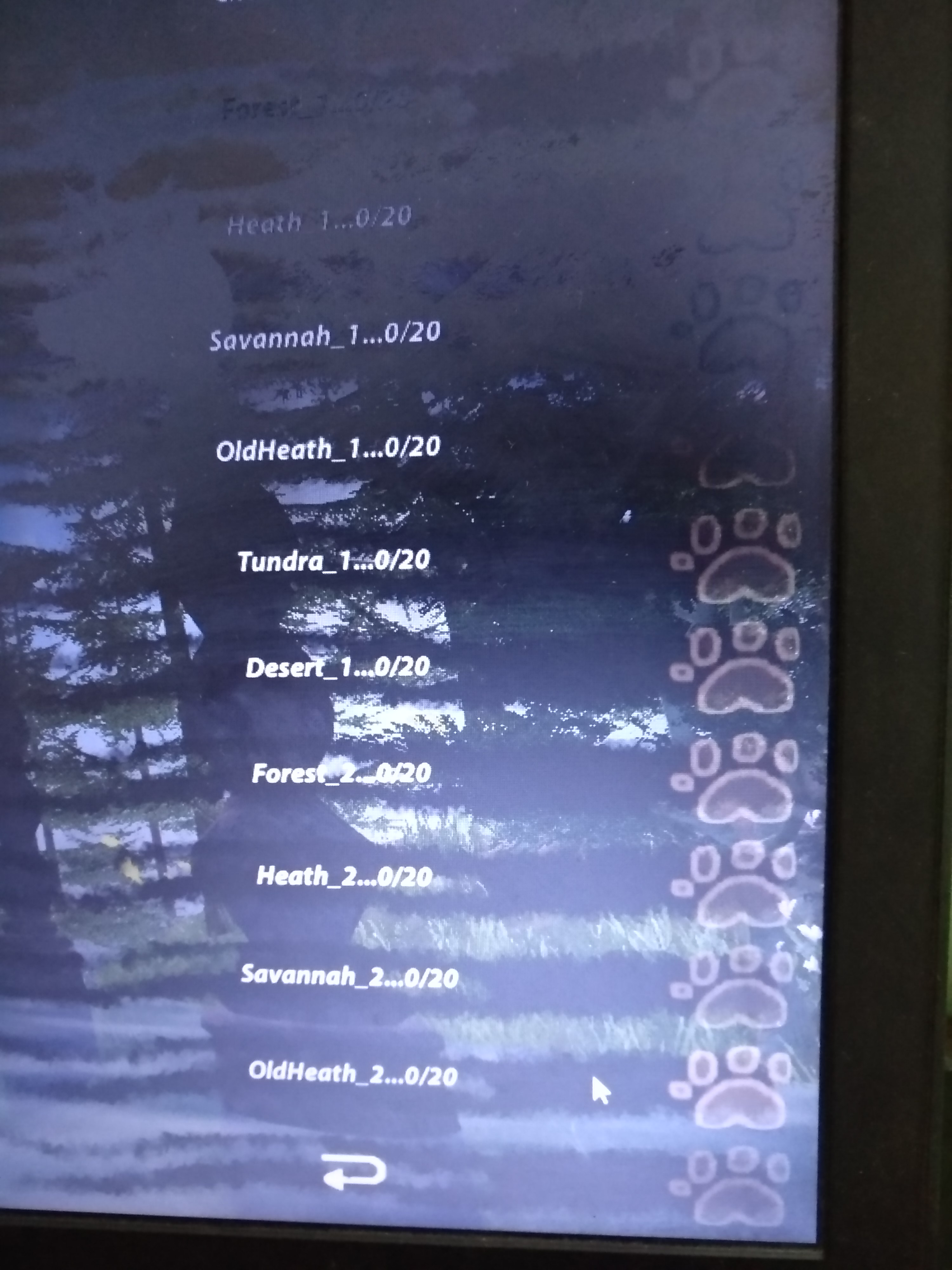 The servers are empty oop

why are servers empty?

Likely because no one plays the game much anymore

I'm on playing the game

Is there any chance of this ever being playable on Android or off a browser?

Nope, not anymore. Browser didn't work properly at all (for some perfectly, for some not at all, for some glitchy, for some multiplayer didn't work etc) and as for android.. Last few times I checked getting the required sdk has become a hassle.

If you can play in the browser, there will be more players

Haha, no there won't. Tried already, didn't do a thing. Not worth the effort, since it doesn't actually *work* properly.

howd it work with Gamevial then ?

Unity Webplayer was a lot easier to deal with. Also supported the networking plugin the game uses.

Hey sorry to bother but multiplayer doesnt seem to work? i dotn see any players online ;(

Sadly, I only have a chromebook rn, but I'm hoping to get mac or windows soon! Then I'll be on quite a bit too :)

im gonna try getting more people to play this...lowkey dont know how but im gonna try because this slapped back in the day. keep up the good work :). though please maybe change the mouse functions, it really bugs me how there's a cursor on my screen and the camera is hard to move

Not going to change the camera :'D This one is prone to break. Will see if there's anything that can be done about the cursor, no promises tho.

:o Oh, sorry. Will fix. Thanks for reporting!

There we go. Should work now.

Heeeey just so you know, I clicked on Tundra and the game crashed.

On it, thanks for reporting

Alright, on it. Thanks for the report!